Home > Thailand lures digital nomads for the long term, with 10-year ‘work from Thailand’ visas and an ultralow tax rate The sandy beaches of Phuket, the bustling streets of Bangkok, and the mountains of Chiang Mai could all soon be options for digital nomads looking for their next home base.

The visa is targeted primarily at people working in high-tech industries, like electric vehicles, biotechnology, and electronics. But the visa will also be available to employees of foreign companies who want to base themselves in Thailand as a digital nomad—or “work-from-Thailand professionals,” as the visa describes them.

Visa holders would be taxed at a lower rate—17%, as opposed to the 35% charged on income greater than $140,000. (For comparison, the U.S. charges a 35% tax rate on income between $215,950 and $539,900.) The visa will also be available to those with over $1 million in assets, or retirees with stable incomes, similar to other so-called golden visa programs that offer residency to wealthy foreigners.

Thailand is the latest country to seek out remote workers as a new source of visitors, as hotspots try to rebuild and revamp their tourism industries in the wake of the COVID pandemic.

Thailand hopes to bring in a million people from Japan, South Korea, China, the U.S., and Europe. Therdsteerasukdi told Nikkei Asia that he expects visa holders to contribute about $28,000 per person to the local economy, with the whole scheme contributing $27.6 billion in total.

Documents from Thailand’s Board of Investment lay out the requirements for becoming a “work-from-Thailand professional”: You need to have earned $80,000 per year for at least two years (with some exceptions), have at least five years of experience, and work for a company that’s generated at least $150 million in revenue over three years.

The Board is clearly interested in attracting remote workers. Its website trumpets a survey from workspace company Instant Offices that designates Bangkok as the world’s second-best location for digital nomads (behind Lisbon).

Other Southeast Asian countries are also appealing to digital nomads. Indonesia, home to the resort island of Bali, is considering a visa for remote workers that would allow them to stay for up to five years. In June, Indonesia’s Tourism Minister Sandiaga Uno told Bloomberg that he hoped the visa might attract higher-spending visitors.

Uno described the digital nomad visa as part of a broader initiative to rebuild the country’s tourism industry. “In the past, the ‘three S’s’ were sun, sea, and sand. We’re moving it to serenity, spirituality, and sustainability,” Uno said at the time. 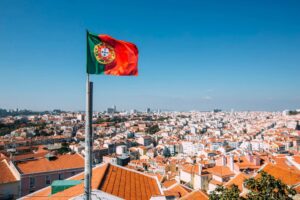 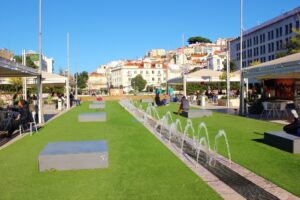 2022 is a perfect time to consider a move to Portugal from India. And why not, because Portugal is rapidly becoming one of Europe’s most popular relocation destinations. This small Atlantic country has so much to offer, from scenic destinations like the Algarve, Silver Coast and Madeira, to generous tax breaks for remote workers and online business owners.  Not only that, but the cost of living in Portugal is one of Western Europe’s lowest. For those who move to Portugal 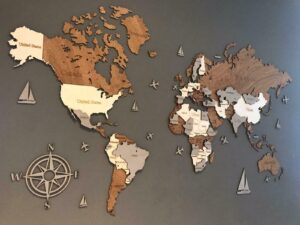 Safest Countries in the World 2022, Portugal Ranks 3rd and Canada is 6th !!

The Global Peace Index ranks the safest countries in the world. This report is published annually by the Institute for Economics and Peace, “an independent, non-partisan, non-profit organization dedicated to shifting the world’s focus to peace as a positive, achievable and tangible measure of human well being and progress.” The report researches countries to determine which are the safest while also ranking the most dangerous. A total of 163 countries are featured in the report. 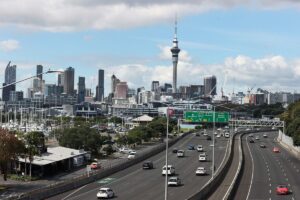 PrevPrevious11 Reasons to Move to Portugal in 2022 from India.
Next8 reasons why Portugal is a popular second home destinationNext